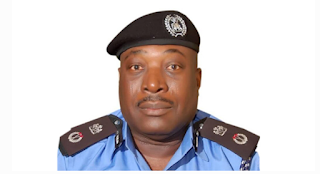 The police in Katsina said it foiled bandits’ attack at Kabobi village in Batsari Local Government Area of the state on Friday.

Spokesman for the police in the state, SP Gambo Isah, revealed this in a statement issued on Friday in Katsina.

The bandits in their numbers and wielding AK 47 rifles, blocked Jibia-Batsari road, exactly at Kabobi village, the spokesman explained.

“The hoodlums attacked and kidnapped all the occupants of a motor vehicle, Volkswagen Passat Wagon, and whisked them away into the forest.

“On receipt of the report, DPO Batsari led teams of Operation Puff Adder and ‘Sharan Daji’ to the area and engaged them into a gun duel and successfully rescued eight of the victims.

“Another 20-year-old girl, and her two children, all from Turaku Quarters in Batsari LGA of Katsina state,” Mr Isah confirmed.

Mr Isah explained that search parties are still combing the area with a view of arresting the fleeing bandits and to rescue the remaining three missing persons as investigation is ongoing.