Lagos Elections: PDP wins one out of 377 councillorship seats - The Naija Weekly

Lagos Elections: PDP wins one out of 377 councillorship seats 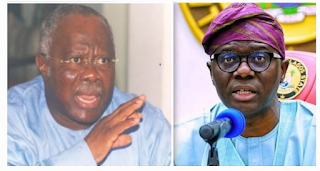 Despite saying it was ready to create an upset in the local government elections in Lagos, the Peoples Democratic Party has won only one councillorship seat out of 377.

In the build-up to the elections, the PDP (the major opposition party in the country and Lagos) had said it was “prepared, and Lagos residents have been expecting as the people want change.”

But in the election results announced by LASIEC, the state’s electoral body, the ruling All Progressives Congress (APC) won all but two seats.

The PDP won in Ward G, Yaba LCDA, while the Young Progressive Party (YPP) grabbed the councillorship seat in Ward D of Orile-Agege LCDA. The APC won 375 out of the 377 councilorship seats spread across the 20 LGs and 37 LCDAs. The ruling party also won all the chairmanship seats in the 20 LGAs and 37 LCDAs.

In its various forms (AD, AC, ACN), APC has held the reins of power in Lagos since 1999. Its stranglehold on the state reaches down to the grassroots.