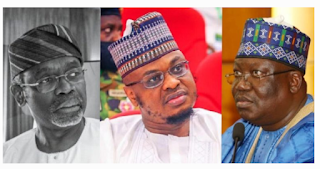 A coalition of over 125 CSOs has called on President Muhammadu Buhari not to assent to the Electoral Amendment Bill unless the National Assembly deletes sections 52(2), 65, and 88, claiming NCC misled lawmakers.

The CSOs include the Environmental Rights Action/Friends of the Earth, Centre for Environment, Human Rights and Development, Campaign for Transformative Governance, Social Development Integrated Centre (Social Action), among several others.

One of the group’s spokespersons, Vivian Bellonwu, Executive Director, Social Development integrated Centre, said at a news conference in Abuja that the call was imperative to guarantee credible future elections.

This was because INEC met with the technical committee on electronic voting, which NCC was part of, and NCC agreed in 2018 that INEC could conduct electronic voting and transmission of results, said Ms Bellonwu.

The coalition, therefore, gave the inspector general of police a 14-day ultimatum to investigate NCC staff who reported to the parliament that Nigeria was not ready for electronic voting.

She said the sections would erode INEC’s independence and lead to an electoral crisis.

“The president should only give assent to the Electoral Act Amendment Bill 2021 after the deletion of section 52(2) that requires transmission of election results by INEC to be subjected to the clearance of the Nigeria Communications Commission (NCC) and the National Assembly,” stated the coalition. “The deletion of section 65 will remove the powers of INEC to review results declared under duress or in contravention of electoral law and guidelines.”