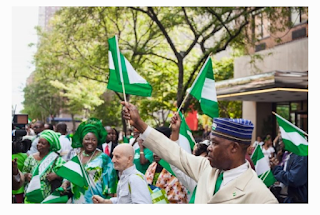 Nigeria will soon reopen its consulate general in San Francisco to provide consular services for Nigerians on the West Coast of the U.S.

The Permanent Secretary, Ministry of Foreign Affairs, Gabriel Aduda, stated in New York on Monday that the plan to re-open the mission had reached “an advanced stage.“

The federal government shut down the San Francisco consulate in 1989.

“We think rather than having Nigerians residing in California travelling to the East Coast or the North Coast. They don’t have to travel that far,” said Mr Aduda. “The mission (San Francisco) is very important, and in the next few months, before the end of the year, the mission will be running.”

The permanent secretary added that the ministry and the National Assembly committees on Foreign Affairs had visited all the Nigerian missions in the U.S. in June for an on-the-spot assessment.

“We visited the Embassy in Washington, DC, the New York Mission, the Atlanta Mission, and we took a trip to San Francisco where we hope to reopen another mission that will service the West Coast,’’ he said.

On the state of facilities in the Nigerian missions, Mr Aduda said there was a need for upgrading.

“There is the need for routine maintenance, and on the whole, service-wise, I think we were quite satisfied with what we saw at the missions,” explained Mr Aduda. “You will see that there are changes in all the missions in the U.S., especially Atlanta and New York when it comes to the services that are being rendered to Nigerians.”