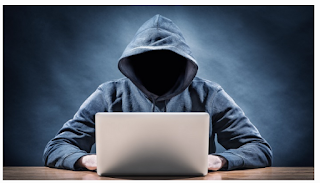 A 29-year-old Nigerian, Akhabue Onoimoimilin, aka David Harrison, has been jailed in the U.S. for $2 million scams.

In Austin on Wednesday, a federal judge sentenced Mr Onoimoimilin residing in Houston, to 87 months’ imprisonment.

He was arrested and prosecuted for participating in a money-laundering conspiracy that swindled more than $2.2 million from victims using Business Email Compromise (BEC) and romance scams.

In addition to the prison term, U.S. District Judge Robert Pitman ordered that Mr Onoimoimilin pay $865,210.78 in restitution to his victims and be placed on supervised release for two years after his prison term.

Mr Pitman also ordered a money judgment of $50,605 against Mr Onoimoimilin in the proceeds he received from the scheme.

On February 2, 2021, Mr Onoimoimilin pleaded guilty to one count of conspiracy to commit money laundering, admitting that beginning prior to June 2015, he used a fraudulent foreign passport in the name of David Harrison to open bank accounts in Austin and Houston.

For his efforts, the Nigerian collected between 10 per cent and 15 per cent of more than $420,000 in fraudulently obtained funds.

“The types of fraud committed by Mr Onoimoimilin not only have lasting ramifications for the affected victims but also threaten the integrity of our country’s financial systems,” said special agent Tim Tubbs of the Homeland Security Investigation’s San Antonio Division.

In romance scams, conspirators often located outside the U.S. review established online dating sites, targeting victims who appear lonely based upon their profiles. The fraudsters create fake profiles and exploit the emotional vulnerabilities of the victims.