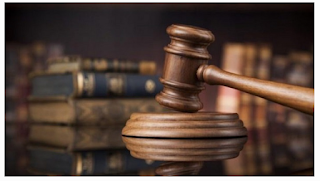 A Nigerian residing in Boston has been charged and has agreed to plead guilty in connection with online fraud schemes.

Macpherson Osemwegie, 32, agreed to plead guilty to one count of conspiracy to commit bank and wire fraud.

The court has not yet scheduled a plea hearing.

According to the charging document, the U.S. authorities accused Mr Osemwegie of conspiring with others to participate in a series of romance and other online scams designed to defraud victims into sending money to accounts and debit cards that Mr Osemwegie and others controlled.

The charge of conspiracy to commit bank and wire fraud provides for a sentence of up to 30 years in prison, five years of supervised release, a fine of up to $1 million “or twice the gross gain or loss, whichever is greater, restitution and forfeiture.”

On May 17, the U.S. government established the COVID-19 Fraud Enforcement Task Force to “marshal the resources of the Department of Justice in partnership with agencies across government to enhance efforts” to combat and prevent pandemic-related fraud.

In early July, the FBI and other law enforcement agencies busted a syndicate of Nigerian unemployment fraudsters in the U.S.

The suspected Internet crooks used an address in Hyattsville, Maryland, to rake in about $1.4 million in unemployment benefits from California, Arizona, Maryland, and North Carolina.

At least $1.2 million of the theft was received from California’s Employment Development Department alone.