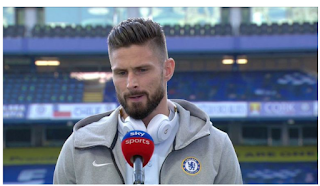 Olivier Giroud will arrive for his medical in Milan later today, according to AC Milan’s sporting director Paolo Maldini.

Late yesterday evening Maldini asserted that “Giroud will arrive tomorrow,” and made it sound like the deal could even be announced today too.

Fabrizio Romano quoted the report on his Twitter page, although they were originally from DAZN.

It confirms what we’ve known for some time, even if the activated contract extension for the Frenchman raised questions about his future briefly.

Giroud departs Chelsea as a player who always stepped up when called upon, but also never convinced a manager he could be a permanent long-term solution. He’s still a fantastic striker, as evidenced by his play in the Champions League for the Blues.

The slower pace in Italy will suit him, and we can see him being a devastating team with Zlatan Ibramimovic up front for the Rossoneri next season.