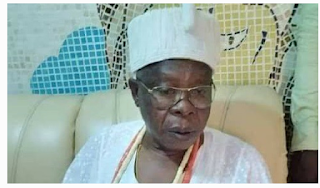 He was crowned in September 2020. He was a popular figure in Lagos for more than four decades.

A politician, Hakeem Bamgola, confirmed his demise on Thursday evening.

The 80-year-old died at Lagos State University Teaching Hospital (LASUTH). The circumstances of his death were unknown.

Layiwola Ajayi-Bembe, County and City Bricks chairman, described the deceased as a good man who lived an enviable life for his people.

He described the monarch as a generous person, adding that he would be missed by the people of Oto and other parts of Nigeria, especially Lagos.