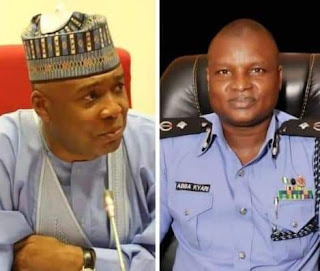 Perhaps our government should learn Federal Character from Kyari and The Gang!

First it was Magu the Mugu, now it is Haba Kyari! Buhari’s runs a criminal enterprise, not a government.

Now, perhaps Nigerians will believe Ayoade Akinnibosun, who claimed on March 16, 2019, that Abba Kyari tortured him and ordered him to falsely implicate the then Senate President, Bukola Saraki, in the Offa robbery case.

Incidentally, the main suspect in the Offa robbery case later died in Abba Kyari’s custody. So, think about this before feeling sorry for Kyari. Kelly Chibuzor Vincent is very blessed that he did not also ‘die in custody’.