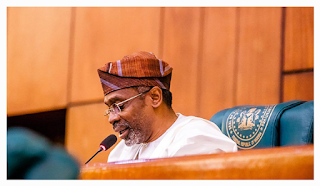 The House of Representatives has shut down a motion to reopen Idiroko Border and other land borders in the country.

This followed a motion by Kolawole Lawal (APC-Ogun) at the plenary on Wednesday in Abuja.

Mr Lawal had moved a motion on the urgent need to reopen the Idiroko border and other land borders in the country.

He noted that before the closure, the Nigeria-Benin border at Idiroko generated over N6 billion annually.

The APC legislator pointed out while the federal government had reopened the Seme, Illela, Maigatari, and Mfun borders, the Idiroko border remained closed.

Since the borders’ closure in August 2019, residents of Idiroko had witnessed a massive economic downturn, claimed the lawmaker, arguing that the closure has not increased farmers’ food production.

However, most lawmakers, who spoke on the motion, opposed the reopening of the border.

Rotimi Agunsoye (APC-Lagos) explained that it was important for the border to remained closed to stem the tide of insecurity.

Also, Ahmed Wase, the deputy speaker, stated that the border closure had strengthened the fight against arms proliferation. At the same time, Ben Ila, chairman of the House Committee on Science and Technology, noted that keeping the border closed was in the country’s best interest.

She added that the move was good for “our farmers and even technologists, who are currently making a fortune out of the closure, and this will help grow the country,” urging the parliament, “let us leave our borders close for now in the interest of the country.”

The Speaker of the House of Representatives, Femi Gbajabiamila, while lending his voice to the debate reiterated the need to consider the country’s security situation before talking of free trade.

“We have to choose between security and free trade. Though some people said it had not worked, what if the borders have not been closed? I really don’t know what would have happened,” Mr Gbajabiamila argued.

He added, “We should mind internal security, though some say it is hurting employment in terms of globalisation.”

However, Osai Osai (PDP-Delta) disagreed, pointing out that Nigeria recently signed an agreement with other countries to allow free trade and free movement.