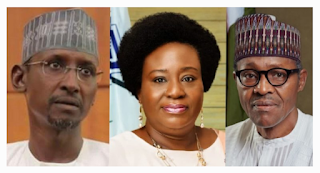 Few civil servants resumed work at the Federal Secretariat in Abuja on Thursday after a two-day Eid-el-Kabir festivities.

A NAN correspondent, who visited the secretariat, observed that all the offices were empty, and a few cars were at the usually full parks.

The federal government declared July 20 and July 21 as public holidays to mark the Eid-el-Kabir.

Some civil servants who spoke with NAN blamed the low turnout of workers after the holidays on non-payment of salaries before the break.

A civil servant, Kenneth Ubagha, said he did not expect to see many people in the office due to his past experiences after the holidays, especially when the government did not pay salaries before such holidays.

“Well, it has always been like this whenever we have holidays in the middle of the month when salaries are not paid.

“Besides, it has become a tradition among Nigerian workers to use the rest of the days after holidays to continue to rest until the weekend before resuming fully, so this one cannot be an exception,” Mr Ubagha explained.

Ms John, who attributed the low turnout to non-payment of salaries, appealed to the government to always make arrangements to pay civil servants’ salaries during religious holidays.

“This will boost their morale within such period to celebrate happily with their loved ones. You will agree with me that a lot of them who travelled home within the period found it difficult to return as they could not have sufficient transport fare to come back.

“I don’t think it will be a bad idea if government at all levels, at such a time like this, be it Sallah, Easter or Christmas, can pay salaries and even offer a special package to workers to put smiles on their faces, especially at difficult times like this,” she said.

Similarly, Lamidi Ashimu said he returned from a trip to Ibadan, where he spent the Salah holidays with his family, to resume work.

Mr Ashimu, however, advised other workers that they should not use the non-payment of salaries and the holidays as excuses to be absent from work.