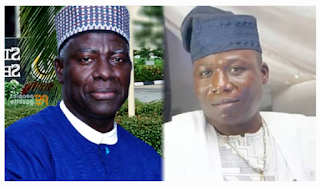 Wanted Yoruba nation agitator, Sunday Igboho, has debunked says that he has not been arrested, declaring that he is in his house and not on the run.

Declaring Mr Igboho wanted, the State Security Service (SSS) on Thursday claimed that Mr Igboho escaped amidst gun duel in a raid by the SSS that left two of his men dead.

“The gun duel which lasted for an hour offered IGBOHO the chance to escape. Sunday ADEYEMO a.k.a Sunday IGBOHO is now on the run,” SSS spokesman Peter Afunnaya  said in a press briefing. “IGBOHO may run as far as he can. He may hide as long as he wants.  He might have attacked security operatives as his strength carried him.”

“Consequently, ADEYEMO/IGBOHO is advised to turn himself in to the nearest security agency. Those cheering and eulogising him may appeal to or advise him to do the needful,” Mr Afunnaya said.

But Mr Igboho in an audio on social media on Friday, debunked rumours that he is on the run, adding that he has not been arrested.

“I thank God and all my fans and people all over the world. My name is Sunday Igboho. Today is July 2, 2021,” Mr Igboho said. “I have heard the rumours that Igboho has been arrested. That’s not true. I’m in my house in Ibadan.”

Meanwhile, though Mr Igboho has not been sighted at the Yoruba Nation rally he was planning before his home was raided by the SSS, hordes of demonstrators turned out for the rally in Lagos demanding for Yoruba Nation and defying heavily armed security operatives on ground.