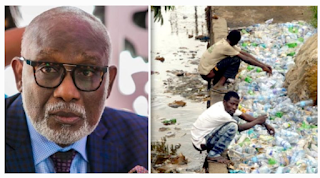 Residents of Ondo State have been cautioned to desist from open defecation and indiscriminate dumping of refuse.

The director of the National Orientation Agency in Ondo, Adelayo Adefolalu, also warned residents against dumping refuse in drainage channels to avoid flooding and its devastating effects.

The director gave the warning in a statement made available to reporters on Friday in Akure by the agency’s spokesman Ralph Oguntibeju.

The director advised the residents to always participate in cleaning their surroundings during Saturday’s environmental sanitation between 7:00 a.m. and 10:00 a.m.

The Ondo NOA boss noted that the task of keeping the environment clean should be the responsibility of all Nigerians.

The director also called on stakeholders in the environmental sanitation project to brace up to the challenge of making this month’s sanitation a huge success.