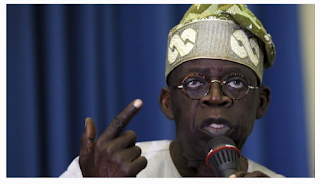 Mr Odunfa expressed his disapproval over the practice of god-fatherism in politics. He explained that the “unholy act” will further deny electorates the ability to elect the best among political candidates.

The PDP candidate said “I have travelled across the United States, Europe and a better part of Africa , I have seen what real socio-economic development is; and indeed, Lagos Island being the Premier Local Government Area in Nigeria and economic hub deserves Qualitative Governance and All-round development”.

Mr Odunfa pledged to set up a mediation team to address the issue of persistent violence and insecurity on the Island through periodic consultation and civic engagement.

He further said his administration will prioritise improving the primary healthcare systems and also provide regular training for traders and artisans.

He added that his administration would ensure the implementation of full roles and responsibilities of the local government as enshrined by the 1999 constitution.