Undergraduate impersonates US military officer, gets one year in prison - The Naija Weekly

Home Crime News Undergraduate impersonates US military officer, gets one year in prison

Undergraduate impersonates US military officer, gets one year in prison 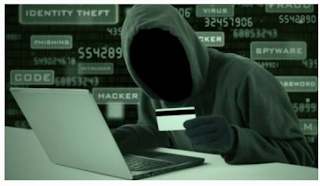 A Nigerian undergraduate, Abdulsalam Oyeyemi, was sentenced on Friday to one year in a correctional centre for impersonating an American military officer.

The Ilorin zonal office of the Economic and Financial Crimes Commission (EFCC), had on July 29, arraigned Oyeyemi, 23, on a one-count charge bordering on impersonation and internet scam.

The presiding judge, Mahmood AbdulGafar, said the court had considered the case of the prosecution, the plea of guilt entered by the defendant, his extrajudicial statements and the exhibits tendered and found merit in them.

The judge, thereafter, sentenced Mr Oyeyemi to one year imprisonment, to be served in the Mandala Correctional Centre, Ilorin.

“The sentence is without an option of fine,” the judge added.

The court also ordered the forfeiture of the convict’s iPhone and a manager’s cheque of N200,000, which he raised as restitution to the federal government.

It was revealed that Abdulsalam Oyeyemi (a.k.a Colt Williams, James Anderson), sometimes in March 2020, dishonestly induced one Cristina Gobin, a white lady, to send you bitcoins worth the sum of Can$1,255.

He pretended and represented himself as one James Anderson, an American Military Messenger, who was in charge of Colt Williams’ internet connection.

The charge also revealed that he had earlier represented himself to be the said Cristina Gobin, whom the said Colt Williams, an American Marine Officer was in a romantic relationship with.

The court stated the offence was contrary to Section 321 and punishable under Section 324 of the Penal Code laws of Northern Nigeria.

The defendant pleaded guilty to the charge.

Counsel to the EFCC, Aliyu Adebayo, led an operative of the commission to review the facts of the case.

In the process, incriminating materials found on the defendant upon arrest were tendered and admitted in evidence.

These included the defendant’s extrajudicial statements, fraudulent messages printed out of his phones and the manager’s cheque (bank draft) of N200,000, which he raised as restitution to the victim.