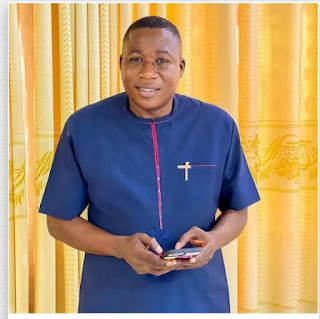 According to him, he fled Nigeria to avoid being killed.

Recall that Igboho was declared wanted by the DSS on July 1 after a raid was carried out at his Ibadan home. He was however arrested in Benin Republic on July 19 while attempting to travel to Germany with his wife. He has been arraigned before the courts in Cotonou.

Igboho’s lawyer, David Ibrahim Salami, while speaking to the Nation on what transpired in the court on Monday, July 27, said

“While defending himself on the criminal allegations put on his head by Nigeria, Igboho told the judges that he had never been tried for any crime in his life.

When the judge asked him how and when he entered the Benin Republic, who housed him and who took him to the airport, Igboho told the court that his coming to the Benin Republic was to flee from his traducers who wanted to kill him in Nigeria. He stressed that he spent less than one day in Cotonou before attempting to travel to Germany

Speaking further, the lawyer said “What amazed me is the fact that the judge was explicit that Igboho’s continued detention is not as a result of his issues with Nigeria, that he is being sent to prison because of infractions committed here in the Benin Republic.”

Salami said Igboho was sent to prison after the court hearing to allow investigation into how he came into Cotonou and why. He said no date had been fixed for the continuation of the trial because the authorities would need time to investigate how Igboho entered the country.

He said Benin Republic law allows Igboho to be admitted to bail pending the outcome of the investigation. On why the trial is behind the curtain, Salami said it is when investigations are concluded that the judgment can be read in the open court.

He said the primary task now is to establish whether the embattled activist entered Cotonou through legal or illegal routes, and what his mission was meant to achieve.

The legal counsel to the embattled Yoruba activist said the Nigerian government is yet to file any complaint against Igboho before the Benin republic court.

“We have also not seen any written complaints from Nigeria being placed before the court. It is a case between the Benin Republic and Sunday Igboho – nothing more” he explained.