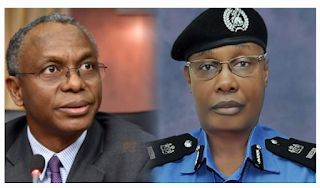 The police have found that improvised explosive devices (IEDs) detonated in Kaduna were concealed in three Viju Milk bottles.

The police disclosed this on Sunday.

On Saturday, explosions rocked the Badarawa area of Kaduna, killing a seven-year-old child and injured two others, aged nine and seven.

Giving an update on the bomb blast, the spokesman for the police command in Bauchi, Mohammed Jalige, explained that the IEDs were concealed in three bottles of the popular children’s drink.

The police further stated that the command’s Explosive Ordinance Department (EOD) “is carrying out a holistic forensic analysis of the device” to apprehend those responsible “for this heinous act.”

“The victims were, however, rushed to Barau Dikko Teaching Hospital for treatment, where one of them died owing to injuries he sustained from the explosion.

“One of the victims was treated and discharged, while the third child is still receiving treatment,” Mr Jalige explained.