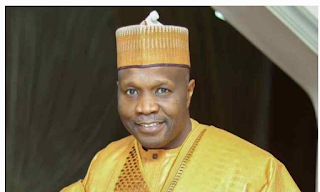 The governor imposed the curfew imposed on Tuesday following violent clashes in the areas.

Since the beginning of 2021, there have been violent clashes among various communities in the state.

This is contained in a statement issued by Ismaila Uba-Misilli, the director-general of press affairs for the Gombe government.

Mr Uba-Misilli said the Secretary to the State Government, Ibrahim Njodi, made the declaration on behalf of the governor.

The statement quoted Mr Njodi saying that the measure followed renewed violence between Lunguda and Waja ethnic groups in the communities on Tuesday.

“The curfew became necessary to restore peace and order in the affected areas. Security personnel have been deployed to restore normalcy while the curfew will subsist until further notice,” said Mr Njodi.

Meanwhile, the police commissioner in Gombe, Ishola Babaita, confirmed the clashes in Balanga, disclosing that police officers and other security operatives had moved into the communities.

“We have not left the place before, but now we have reinforced more men there now,” said the police chief. “So far, so good, it is still fragile, but we are monitoring the situation. No grievances should warrant picking up arms against anyone.”