We’ll ‘deal decisively’ with Kaduna bandits, others during Sallah: Police - The Naija Weekly

We’ll ‘deal decisively’ with Kaduna bandits, others during Sallah: Police 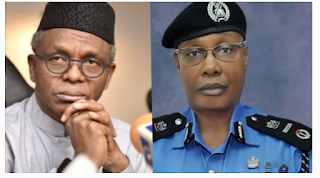 The police command in Kaduna has threatened to “deal decisively” with bandits and other criminal elements that attempt to disrupt peace during the Sallah holidays.

The police also assured Kaduna residents of adequate security during the Eid-el-Kabir period.

The command gave the assurance in a statement by its spokesperson, Mohammed Jalige, on Monday in Kaduna.

”They are to man and monitor key and vulnerable points, with a view to ensuring watertight security across the state.

“The command, once again, reassures the good people of Kaduna State of its readiness to promptly respond to distress calls,” said the statement.

It added, ”It will deal decisively with any person or group of persons who, in any guise, want to disrupt the peaceful atmosphere during and after the festive period.”

The police urged well-meaning Kaduna residents to report any suspicious movement or object noticed in their area to the nearest security formation or call the command’s emergency numbers 07039675856, 0807591105.