We’re not aware of any plane crash: Nigerian Air Force - The Naija Weekly

We’re not aware of any plane crash: Nigerian Air Force 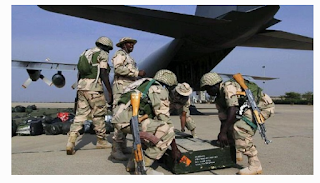 The Nigerian Air Force has not been able to confirm reports of a military plane crash, three hours after the news surfaced online.

“No crash in Kaduna. No aircraft left Yola for Kaduna,” Air Force spokesman Edward Gabkwet said in a message to Peoples Gazette. “I am making contact and awaiting information from other locations.”

The yet unconfirmed report came months after two Nigerian military planes crashed in Abuja and Niger while on a reconnaissance mission in both states.