Widow sets up foundation for Yinka Odumakin - The Naija Weekly 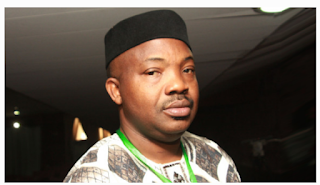 Dr Joe Okei-Odumakin, the widow of the late political and human rights activist, Yinka Odumakin, has inaugurated a foundation to immortalise him.

Ms Okei-Odumakin, in a statement on Thursday in Lagos, said the Oluyinka Odumakin Foundation (OOF) was founded to honour her late husband’s memory by keeping his ideals alive.

Ms Okei-Odumakin, who is the president of the foundation, said it would be offering effective solutions to nagging national problems.

She pointed out that her late husband had formally registered the foundation with the Corporate Affairs Commission (CAC) before his demise.

“The foundation will undertake projects relating to the departed Afenifere spokesman and ward off attempts which might have the dubious motives of tarnishing his memory.

“Among other eminent personalities on the Board of Trustees is Dr Tokunbo Awolowo-Dosunmu, who is the Chairman of the Board,” she disclosed.

Mr Odumakin, 54, died on April 2 after battling with COVID-19 complications.