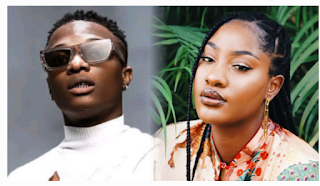 Essence’ by Nigerian Ayodeji Balogun aka Wizkid, featuring fast-rising singer Temilade Openiyi aka Tems, has topped the Billboard Hot 100, debuting as no. 82, thereby marking a major win for the singers.

Billboard is an American magazine and website that produces news, video, opinion, reviews, events, and styles related to the music industry.

It is known for its music charts, including the Hot 100, Billboard 200, and Global 200, tracking the most popular songs and albums in different genres.

The Billboard made the announcement and verification on their official Billboard Charts Instagram page @billboard, where they said “Essence” debuted at No. 82 on Billboard’s Hot 100 list.

According to the post, it also verified that that was Tem’s first chart appearance.

“@wizkidayo’s “Essence,” featuring @temsbaby, debuts at No. 82 on this week’s #Hot100. It earns Tems her first career entry on the chart,” Billboard said.

Wizkid’s third chart entry followed the success of “ One Dance,” which peaked at No. 1 in 2016.