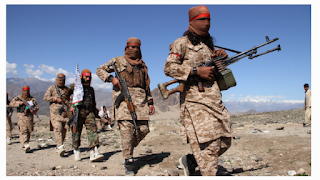 Taliban fighters trying to apprehend journalists affiliated with western countries allegedly killed a family member of an editor working for Deutsche Welle and injured another.

DW reported on Thursday that the Taliban had gone on house-to-house searches in western Afghanistan in an attempt to locate the journalist, who had fled to Germany.

“The killing of a close relative of one of our editors by the Taliban yesterday is inconceivably tragic, and testifies to the acute danger in which all our employees and their families in Afghanistan find themselves,” DW Director General Peter Limbourg said.

The report also added that the Taliban raided the homes of at least three DW journalists; a journalist of private television station Ghargasht TV, Nematullah Hemat, who is believed to have been kidnapped by the Taliban.

Another journalist Toofan Omar, the head of the private radio station Paktia Ghag Radio, was shot dead by Taliban fighters.

DW and other German media organisations such as the German Journalists’ Association (DJV) have called on the German government to take swift action to help their Afghan staff.

German Chancellor Angela Merkel on Friday sought the support of Russian President Vladimir Putin in rescuing Afghan locals who had worked for the West.

Ms Merkel asked Russia to negotiate with the Taliban to work together on humanitarian grounds if they permitted the safe evacuation of Western-allied Afghans.

Since the fall of Kabul last Sunday, Afghanistan has witnessed a mass exodus of people fleeing the country in fear of the Taliban’s draconian rule.