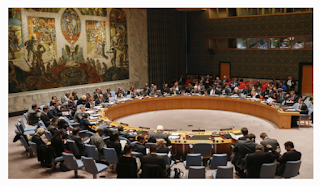 The United Nations Security Council has asked the Taliban fighters to create a safe passage zone for Afghans and foreign nationals seeking to leave Afghanistan.

Linda Thomas-Greenfield, U.S. Representative to the United Nations in a statement on Monday shortly after the adoption of a UN Security Council Resolution on Afghanistan disclosed that three clear expectations were established in the UNSC resolution.

The U.S. rep in her statement said that the UNSC expects the Taliban to facilitate safe passage for individuals wanting to leave the war-torn country, adding that everybody must be allowed to leave whenever they want to.

“First, the Security Council expects the Taliban to live up to its commitment to facilitate safe passage for Afghans and foreign nationals who want to leave Afghanistan, whether it’s today, tomorrow, or after August 31.

“Consistent with the right to leave any country, including one’s own, everybody must be allowed to safely leave Afghanistan, for whatever reason, whenever they want, by air or by land. This is of the utmost importance to us,” Ms Thomas-Greenfield said.

Reiterating its commitment to assist those that want to remain in Afghanistan, the UNSC emphasized the need to facilitate humanitarian assistance, adding that humanitarian actors must be given full, safe, and unhindered access to continue service delivery to those in need.

The council further stressed the need to tackle the serious threat of terrorism in the country, warning that rights of Afghanistan’s people, including its women, girls, and minorities must be respected.

Recall that NATO secretary-general Jens Stoltenberg had earlier called on the Taliban to facilitate the departure of all those who want to leave Afghanistan, and said the Western defence alliance has agreed to send additional evacuation planes to Kabul.

The attack occurred hours after the British intelligence warned of a credible threat of attack at the airport, which has seen an unprecedented upsurge in travellers as foreigners and Afghans scamper to leave the country in the wake of Taliban takeover.