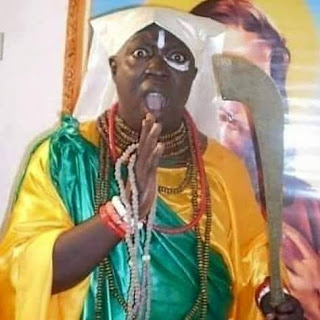 Born in 1965, Ahmed Alasari was one of the contemporary A-list Yoruba actors, he became famous from his roles in these movies: Oyin Tokoro ( 2005) and Ologbo Iya Ijebu (2007).

The day he was buried on March 25, it didn't rain but it poured heavily, colleagues, market women, transporters, students, visitors and residents all thronged to his home at Ita Elega area of Abeokuta.

He left behind two wives and five children.

Five years after his death, one of his widow, Adeola was crushed to death by a truck in Adatan area of Abeokuta.