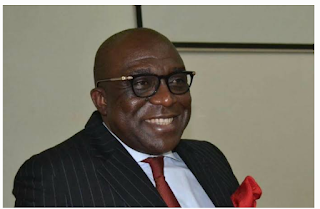 The Zenith Labour Party (ZLP) has substituted its governorship candidate for the November 6 governorship election in Anambra with Obiora Okonkwo.

Mr Okonkwo’s campaign organisation issued a statement on Sunday in Awka stating that the party had completed the substitution processes with the Independent National Electoral Commission (INEC).

Mr Okonkwo was a chieftain of the Peoples Democratic Party (PDP) in Anambra.

He, however, left the PDP alleging discrepancies in the conduct of the June 26 governorship primary of the party in Awka, in which he came second.

The substitution process was completed on Friday, July 30, by INEC. The submission followed Mr Okonkwo’s resignation from PDP.

Also submitted to INEC was the name of Jessie Balonwu, a former member of the House of Representatives and a former PDP women leader, as running mate to Mr Okonkwo.

Ms Balonwu from Anambra North Senatorial District was the first Igbo female senator-elect and commissioner for education in Anambra.

The statement noted that Mr Okonkwo’s defection to ZLP followed a groundswell of pressure from political and community leaders, opinion moulders, stakeholders for him to leave PDP and rejoin the race on another platform.

The statement hinted that the leadership of ZLP would formally unveil Mr Okonkwo and Ms Balonwu to the Anambra people in the next few days.