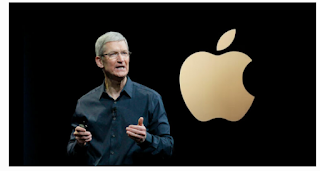 Apple CEO, Tim Cook, is set to collect the tenth and final payout of $750 million from the tech giant on the 10th anniversary of him leading it.

This follows a decade-old deal he made with co-founder Steve Jobs. He was named CEO in August 2011, after Mr Jobs stepped down.

Mr Cook had earned and sold about 5 million shares worth roughly $750 million. The payout depended on Apple’s stock return for the past three years.

The tech company soared past at least two-thirds of companies in the S&P 500 to be a top performer.

The stock prices of Apple and it’s products have allowed Mr Cook to collect large sums of cash year after year and made him a billionaire. He currently has a net worth of about $1.5 billion, according to the Bloomberg Billionaires Index.

Under Mr Cook’s leadership, Apple’s revenue has more than doubled and its shares returned more than 1,100 per cent, pushing the market value above $2 trillion. The shares have risen about 12 per cent this year.

In 2015, Mr Cook revealed that he intended to give most of his fortune away and has already donated millions of dollars worth of Apple shares.

A regulatory filing showed that on Tuesday, Mr Cook donated 70,000 Apple shares (worth about $10 million) to charity, though the document did not disclose the name of the beneficiary.

Mr Cook started at Apple in 1998, working in many senior roles before taking up the CEO status. He had worked as chief operating officer and executive vice president of worldwide sales and operations.