As diabetes becomes death sentence, Nigeria must stand up to sugar-sweetened beverages - The Naija Weekly

As diabetes becomes death sentence, Nigeria must stand up to sugar-sweetened beverages 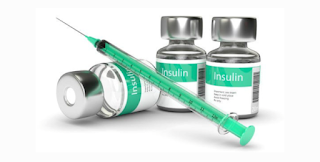 On a routine morning jog as a National Youth Service Corp instructor in 2008, I experienced an overwhelming feeling of fatigue. We had only jogged a few hundred metres, so it was rather unusual. Convinced that I would faint, I told the Corp members to keep going while I staggered back to the camp clinic.

The doctors prescribed malaria drugs, which offered temporary relief. Soon after, I noticed changes in my body – the more water I drank, the thirstier I got. I suffered excessive hunger pangs, intense body weakness and constipation.

After a series of tests at a general hospital, I was diagnosed with type 2 diabetes. I was 40 at the time, and this was the prime of my life. A few years later, I would end up losing my job as a result of frequent hospitalisations.

Before my diagnosis, I had little knowledge of diabetes. I was a lively young person who was not bothered about my choices. I consumed alcohol and sugar-sweetened drinks and was largely unaware of the consequences.

Today, I am dependent on daily medication that is unaffordable, and my sexual drive is nonexistent. I constantly battle with depression from knowing that the disease has no cure for now.

In Nigeria today, most sugar-sweetened products, such as soft drinks, contribute to this burden of diabetes. Yet, these products are affordable and easily accessible to children. Diabetes is a crushing disease. People with diabetes suffer complications that end in amputated limbs, vision loss, kidney disease and excruciating death. Many of the 6 million Nigerians living with diabetes could suffer this fate.

Treating diabetes is unaffordable for the ordinary person. Depending on how severe my condition gets, I spend between N75,000 and 150,000 every month to manage the disease. I have had to sacrifice my children’s school fees to pay hospital bills and procure drugs, test strips, and other consumables a few times. We are essentially impoverished as a result of living with diabetes.

Besides the diminished quality of life among people with diabetes, the reduced productivity in this population has a catastrophic effect on the economy. Nigeria loses $4.5 billion as a result of this disease. Yet the most significant contributors to this disease – large sugar-sweetened product manufacturers such as Coca-cola – pay no excise taxes to the Nigerian government.

Despite the devastating damage to public health, these companies undermine the country’s economy through revenue and productivity loss and capital flight from treatment costs without any pushback from the Nigerian government.

Several countries worldwide, including South Africa, Mexico and India, have introduced taxes on sugar-sweetened beverages to protect public health and boost revenue for the prevention and treatment of non-communicable diseases such as diabetes. Nigeria needs such a tax.

On the bright side, Nigeria’s national assembly has called on the health ministry to order soft drinks manufacturers to add front-of-package warning labels on their products. While this is a good step forward, there is more to do since prevention is generally more cost-effective than treatment.

Also, the government must ensure that beverage companies label their products with the exact quantity of sugar they contain and the associated health risks. This type of information will guide consumers’ choices.

Today there is limited investment in diabetes care and treatment by the Nigerian government. It remains why putting policies that prevent citizens from suffering this disease is a more common-sense option. If we might end up dying from this disease, the least we can do is stop people from suffering this fate. The ball is in the court of Nigeria’s policymakers.

Comrade Bernard Enyia is the National Secretary of the General Diabetes Association of Nigeria.