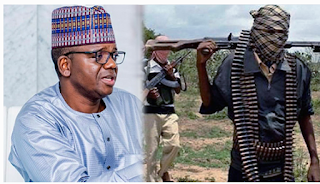 Governor Bello Matawalle says he is determined to collaborate with the National Commission for Refugees and Internally Displaced Persons to resettle Zamfara IDPs.

The governor’s spokesman Yusuf Idris disclosed this in a statement signed on Sunday.

According to the statement, the governor stated this while hosting the National Commissioner for Refugees, Migrants, and Internally Displaced Persons, Iman Suleiman, who paid him a courtesy visit.

Mr Matawalle explained that his administration would continue to support vulnerable people and would not relent to improve their living standard of persons despite the security challenges facing the state and the nation in general.

The governor expressed his readiness to collaborate with the commission to resettle affected communities to appropriate places through the Ministry for Humanitarian Affairs and Disaster Management.

He added that the humanitarian activities were designed to cater for those displaced by bandits, promising to protect lives and properties.

Responding, Ms Suleiman said she was in Zamfara to flag off the distribution of relief materials to the IDPs and intimate the governor of her commission’s preparedness to commence construction of a resettlement city that all displaced communities will utilise.

She also informed the governor that humanitarian intervention for Zamfara had been approved in the commission’s budget.