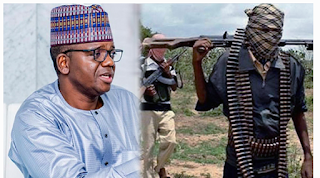 The closed-door emergency meeting held on Monday, called at the instance of the governor, was attended by stakeholders who looked at the security challenges facing the North-West state.

Peoples Gazette on Monday reported a warning issued by the police command in Zamfara that bandits were plotting to attack Tsafe and environs, forcing security agencies to launch joint ground and air surveillance patrols on the Gusau to Tsafe-Yankara road.

Those who attended the meeting at the Government House, Gusau, included traditional rulers from 17 emirate councils, heads of security agencies operating in the state, and members of the Council of Ulama.

Speaking to journalists at the meeting, the governor’s spokesman Yusuf Idris stated that a communique would be issued after it is ratified.

Mr Matawalle has been frustrated by the recalcitrant bandits who have ignored his peace deal to grant them amnesty.