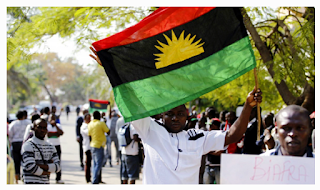 Former United States ambassador to Nigeria, John Campbell, has tied growing separatist agitations in the South-East to the belief that Jihadists and bandits in Nigeria enjoyed the support of President Muhammadu Buhari.

“Insecurity and perceptions of discrimination by the federal government have caused it to bubble up once again. Harsh security-service tactics drive separatist sentiment, as does religion for the overwhelmingly Christian Igbo, some of whom believe the Buhari government cooperates with – or at least tolerates – jihadis and Muslim bandits,” Mr Campbell wrote in an article on the Council on Foreign Relations website.

His comment comes amidst a series of banditry and kidnapping attacks in the country.

Education and economic activities in parts of the country were in the past months crippled by activities of bandits and kidnappers.

Mr Buhari has failed to take action against bandits whose activities remain a threat to the existence of Nigeria. Instead, he continues to institute different military operations in the South-East region.

Under his regime, agitations for the actualisation of the defunct Republic of Biafra have continued to intensify years after Chukwuemeka Odumegwu-Ojukwu failed in his bid to lead the Igbos out of Nigeria.

While many think that the recent separatist agitation is due to the perceived political marginalisation of the Igbos, the former U.S. envoy blames Mr Buhari’s harsh security tactics as one of the many factors triggering the fresh call for a Biafra nation.

Activist Nnamdi Kanu is leading a renewed call to actualise an independent Biafra and has been attacked repeatedly by the Buhari regime for his separatist agenda.

First arrested on charges of terrorism in 2015, Mr Kanu jumped bail and managed to escape from the country in 2017 before his re-arrest and repatriation to Nigeria from Kenya last month.