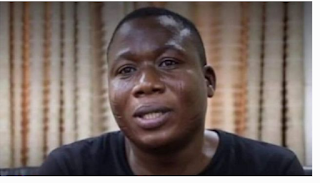 Lawyer and human rights activist, Femi Falana, has revealed that the federal government requested the Benin of Republic to repatriate Sunday “Igboho” Adeyemi to Nigeria, but the Beninese authorities refused on the premise that the country “was not lawless.”.

In an interview with BBC Yoruba, Mr Falana explained that the Nigerian government had in fact prepared an aircraft to bring Mr Igboho back to the country.

“The Nigerian government asked the Benin Republic government to repatriate Sunday Igboho. In fact, we heard they had even sent an aircraft to be used to bring him down to Abuja.

“The Benin government made its Nigerian counterpart to understand that this is not a lawless society,” Mr Falana said.

In July, Igboho, alongside his Germany-based wife, Ropo Adeyemo, were arrested by the International Criminal Police Organisation (Interpol) at Cadjèhoun Airport in Cotonou on his way to Germany.

After his arrest, the Beninese authorities have kept Mr Igboho in their custody while he continues to face court trials in the small West African country.

The secret police claimed that Igboho was stockpiling weapons in his house, and declared him wanted.

Mr Igboho had been on the run since the raid until he was arrested in the neighbouring country.