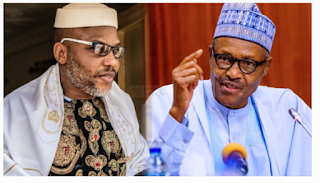 Following a lawsuit filed by IPOB against the sale of fighter jets to President Muhammadu Buhari’s regime, a U.S. District Court of the District of Columbia has summoned Secretary of State Anthony Blinken.

The Indigenous Peoples of Biafra is seeking an independent nation for Igbos, especially in the South-East and parts of Nigeria’s South-South region.

“Within 21 days after service of this summons on you (not counting the day you received it) — or 60 days if you are the United States or a United States agency, or an officer or employee of the United States described in Fed. R. Civ. P. 12 (a)(2) or (3) — you must serve on the plaintiff an answer to the attached complaint or a motion under Rule 12 of the Federal Rules of Civil Procedure,” the summons said.

The IPOB had sued the U.S. Secretary of State Antony Blinken and Defence Secretary Lloyd Austin over the sale of attack planes, arguing that the war machines would be weaponised against the masses opposed to Mr Buhari’s regime.

United States-based constitutional lawyer Bruce Fein filed the case in a federal court in Washington on behalf of the group and 10 unidentified individuals from Nigeria.

Mr Buhari had ordered 12 A-29 Super Tucano fighter jets to tackle the ongoing war against Boko Haram. Six of the planes were delivered in July. Six more jets are expected in a deal of about $600 million approved by former President Donald Trump.

The U.S. Air Force Fighters and Advance Aircraft Directorate had told Nigeria that its 6 Tucano jet fighters would be ready for delivery by October.

“President Buhari’s intends to use the Super Tucano advanced weapons to kill and maim Biafrans and destroy their property in his ongoing genocide conducted by Fulani controlled security forces guilty of atrocious human rights violations,” IPOB said in a July 31 complaint.

“At present,” the complaint pointed out, “President Buhari is conducting a genocide of Biafrans that is under investigation by the International Criminal Court through (the) use of his Fulani-controlled security forces, including the Nigerian Air Force.”

Nnamdi Kanu’s abduction and repatriation to Nigeria from Kenya in June 2020 was also cited in the court documents as a demonstration of Mr Buhari’s brutish leadership.