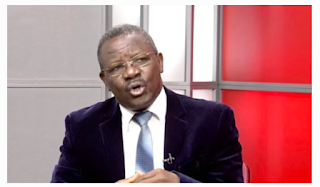 He claimed that the government has developed cold feet in fighting insurgency because some government officials are sponsoring the terrorists.

“They (the government) know. Of course, it is in the news. In April this year, the government said they had arrested 400 Bureau De Change (BDCs)-related people that were sponsoring Boko Haram. They told us, but months down the line, the long awaited list is yet to be made public,” Mr Olawunmi said. 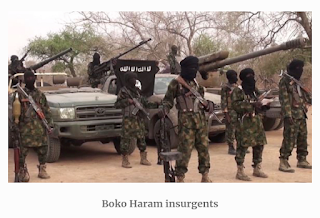 “The government has developed cold feet in fighting the insurgency because some of those backing Boko Haram are now top-ranking government officials.

“Why can’t this government, if not that they are partisan, bring those people out for trial?

“I can’t come on air and start mentioning names of people that are presently in the government -that the boys (terrorists) that were arrested mentioned. Some of them are governors.

“I have interrogated a high-ranking member of this government on the issue of Boko Haram in 2007/2008 and he was found culpable,” he added.

The security expert gave his opinion on the attack that happened at the National Defence Academy in Kaduna on Tuesday.

He explained that the National Defence Academy is prone to terrorist attacks because the military environment is usually thrown open for Jumaat prayers on Friday’s, allowing terrorists to survey the environment in order to plan their attacks.

“Why should a government decide to cause this kind of embarrassment and insecurity to the sense of what happened yesterday (Tuesday at the NDA)?…..you don’t attack the Nigerian Defence Academy and get away with it,” he said.

“In 2017, I carried out an investigation by the minister of defence that wanted me to check what was going on with the training and the security there (NDA). I remember I spent about a week in the NDA with the commandant and the staff but something struck me: every Friday, the gate of NDA is thrown open and everybody has access to pray in the mosque.

“That is the time the terrorists have the time to profile our security environment. It has always been the case. I have served in the military intelligence for the past 35 years. Our problem is religion and socio-cultural.”

He explained that the Buhari-led regime needs to arrest the sponsors of terrorism who are currently in its government. That is the way the war against terrorism can be won, he said.

“I told them that the centre of gravity of Boko Haram in Nigeria is the sponsors of the programme,” he said.

“It was beyond us because the job we needed to do was kinetic but we cannot resolve issues of sponsors of Boko Haram that were in Buhari’s government that we know of. That was why we couldn’t pursue that aspect that could have resolved the issue because we need to arrest people.”