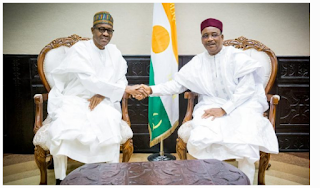 President Muhammadu Buhari says he was disturbed by reports of flooding that has left many dead and properties destroyed in Niger Republic in the last two days.

Mr Buhari’s spokesman, Garba Shehu expressed his concern in a condolence message sent to the president of the neighbouring country, Mohammed Bazoum.

The statement released on Friday in Abuja said the losses reported from Niger Republic in the last two days were very vast and disturbing.

The president also noted the damages and losses caused by flooding in many parts of the world, including some states in Nigeria.

According to the president, natural disasters are symptoms of climate change which all countries, including Nigeria, have committed to taking measures to prevent the adverse effects.

President Buhari prayed for all the departed souls and affected families.