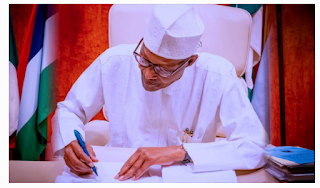 Spokesperson to the President, Femi Adesina, disclosed this in a statement on Monday. According to Mr Adesina, Mr Buhari assented to the Bill on Friday after he returned from his medical vacation in London.

“Working from home in five days quarantine as required by the Presidential Steering Committee on COVID-19 after returning from London on Friday August 13, the President assented to the Bill Monday August 16, in his determination to fulfill his constitutional duty,” Mr Adesina said.

Both Chambers of the National Assembly had in July passed the PIB, however, the governors that make up the Southern Governors Forum and groups in Niger Delta, have kicked against the proposed sharing formula contained in Bill.

The host communities had demanded 10 per cent, however, the National Assembly instead allocated three per cent, a figure below the initial five per cent agreed to by the House of Representatives.