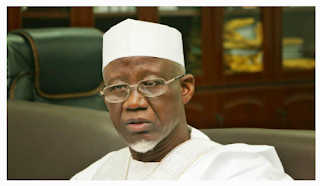 The minister said Nigeria and Sierra Leone have diplomatic relations that date back to the slave trade era, saying it was time for both countries to remain committed to one another.

“Today you will see very clear mark of brotherhood, togetherness and oneness between Nigeria and Sierra Leone,” Mr Dingyadi said on Tuesday in Abuja during a courtesy visit by a delegation from Sierra Leone led by David Panda-Noah, the Sierra Leonean internal affairs minister. “When the Inspector General of Police (I-G) told me about admitting some of your police officers into our National Institute of Police Studies, I contacted the Minister of Foreign Affairs.”

“The minister told me it was very good idea and that I support the initiative because of the long-standing relationship between the two countries,” Mr Dingyadi added. “I want to inform you that in addition to the National Institute of Police Studies for senior police officers, we also have other police training colleges for intermediate and junior police officers.”

He said the Nigeria Police Force would be ready at all times to admit police officers from Sierra Leone who would be ready for training at junior, middle and senior-level into the training colleges.

In his remark, Mr Panda-Noah said the visit was to witness the graduation ceremony of a team of police officers from Sierra Leone graduating from the National Institute of Police studies.

He said the officers had been in Nigeria for two months for the course and would be graduating on Thursday.

The minister said the course being undertaken by police officers from Sierra Leone was important in view of the need for the officers to understand developments in other parts of the world.

Mr Panda-Noah said Sierra Leone would not forget the blood of Nigerians shed in the 1990s to help the country out of civil war.