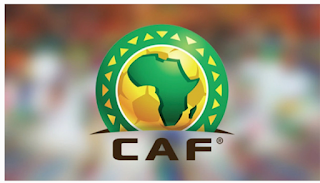 The Confederation of African Football (CAF) on Tuesday night released game fixtures for the Africa Cup of Nations 2021.

The draw for the competition which will take place next year, between January 9 to February 6, will be held in Yaoundé, Capital of the host country Cameroon.

A total of 24 counties will feature in the competition.

Five-time AFCON winner and host country Cameroon, will slug it out in Group A with Burkina Faso, Ethiopie, and Cape Verde.

Senegal, Zimbabwe, Guinea, Malawi will trade tackles in Group B, while Morocco, Ghana, Comoros, Gabon are in Group C.

In Group D is three-time AFCON winner and fans favourite, the Super Eagles of Nigeria, slugging it out with Egypt, Sudan, and Guinea-Bissa.

Quarter-finals will run between January 29 and 30.

Semi-finals from February 2 and 3, while the Third Place match and Final of the competition will be held on February 6, 2022.