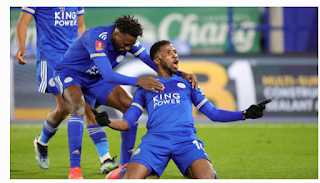 Leicester will commence their English Premier League campaign for the 2021/2022 season against Wolves next weekend.