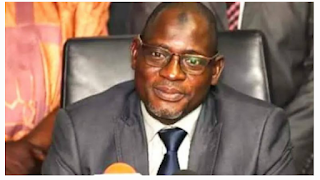 A federal high court in Port Harcourt has declared the collection of Value Added Tax (VAT) and Personal Income Tax by the federal government unconstitutional.

The court declared Rivers the rightful body to receive personal income tax and VAT emanating from the state.

Presiding judge Stephen Pam ruled that the federal government’s constitutional powers do not include VAT collection but those items in 58 and 59 of the Exclusive Legislative List.

Mr Pam issued an order of perpetual injunction restraining FIRS and the attorney general from coercing residents of Rivers state to pay VAT and personal income tax to FIRS.

The court declared that FIRS is not entitled to receiving VAT, education tax, technology levy and withholding tax from any state in Nigeria and further dismissed the objections the defendant filed that hearing the case was not within the court’s jurisdiction.

The judge dismissed the defendant’s plea for the case to be transferred to the Court of Appeal for interpretation.