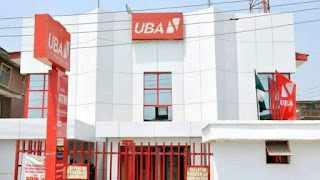 Tosin Adeyemi, a 36-year-old United Bank for Africa (UBA) employee, has been remanded in custody by an Ibadan based magistrates’ court for allegedly fraudulently transferring a sum of money to the tune of N10 million from a customer’s account.

Adeyemi was charged with a single count of fraudulent transfer of a customer’s funds, and the magistrate ordered his custody at Oyo’s Abolongo Correctional Center.

The accused, a banker with UBA, Challenge branch, Ibadan, committed the offence between August. 12 and 13, according to the Police Prosecutor, Insp. Opeyemi Olagunju.

Olagunju claimed that the defendant took N10 million from the UBA account of one Oladele Quadri, who was a customer at the bank and converted it to his own use without the customer’s consent.

Quadri attempted to withdraw money from the branch’s Automated Teller Machine (ATM) but was unable to remove his card from the machine, according to the prosecution.

According to him, the complainant reported the event to the branch’s Customers’ Care Unit, where Adeyemi instructed him to return the next day.

According to the prosecutor, when the customer returned two days later, he realized that N10 million had been taken out of his account without his permission.

“Police was later invited to the matter,” the prosecutor said.

The defendant, on the other hand, has entered a not guilty plea to the charge.