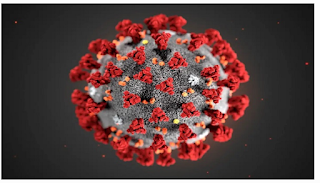 The Nigeria Centre for Disease Control (NCDC) says it has recorded 665 new cases of COVID-19 and eight deaths across the country on Saturday.

The NCDC made this known via its verified website on Sunday morning, saying the country’s additional infections of 665 has now raised the cumulative cases to 181,962, while the fatality toll from the disease now stands at 2,219.

However, according to the NCDC, there are six states with zero cases, namely, Kaduna, Kano, Nasarawa, Osun, Plateau and Sokoto.

It added that a multi-sectoral national emergency operations centre (EOC), activated at Level 2, continued to coordinate the national response activities.

The NCDC said that since the beginning of the pandemic, the country had collected over 2,589,130 samples across the Federation.

The Public Health agency noted that 12,917 cases were still active in the country with many being managed at accredited isolation centres while others were under home care management.

The agency said that a total of 117 people recovered and were discharged from various isolation centres in the country on Saturday, with total recoveries nationwide since the onset of the pandemic clocking 166,826.