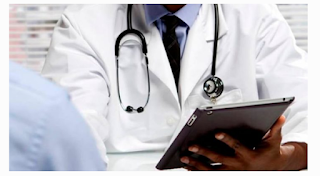 The federal government does not have the capacity to stop brain drain in the medical sector, says health minister Osagie Ehanire amid an ongoing strike by the National Association of Resident Doctors (NARD).

“It is actually difficult to say we want to combat the brain drain of doctors. They see the salaries there (developed countries) as being expensive (sic), and most of them do not want to serve in rural areas,” Mr Ehanire admitted.

He, however, defended the government for poorly remunerating medical doctors and other health workers, stating that the professionals are not well-paid in other developing countries.

“In Nigeria, we are not the only ones suffering from it. Some other developing countries also suffer (from) it too. Because they studied in English, they easily get into those countries,” Mr Ehanire argued. “We are also working to make sure that working conditions in Nigeria are favourable. That is why we are also working on the issues of hazard allowances.”

The minister mentioned that “states are now issuing bonding” to prevent brain drain.

Mr Ehanire also distanced the federal government from most of the demands by NARD, claiming they are state governments’ responsibilities.

On Thursday, he accused the doctors of using the anxiety surrounding the third wave of COVID-19 to push their demands.

According to the health minister, seven out of NARD’s 12 demands should be directed to state governments.

“In their notice of July 25, 2021, they mentioned states like Imo, Kaduna, Delta, and Lagos. The federal government cannot force these states to do anything,” explained Mr Ehanire. “For the issues surrounding the federal government, not all of these issues are for the ministry of health. The payment lies within the powers of the accountant general of the federation. We are also working with other agencies to sort out some of these issues.”