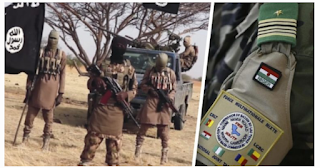 Troops of the Multinational Joint Task Force (MNJTF) say they have killed scores of Boko Haram and the Islamic States West Africa Province (ISWAP) terrorists in the ongoing clearance operations around the Lake Chad region.

The MNJTF spokesman Muhammad Dole disclosed this in a statement on Sunday in Ndjamena, Chad. Mr Dole said the “renewed vigour and resilience” of the forces to flush out the remnants of the terrorists around the fringes of the Lake Chad region had continued to yield positive results.

He added that the troops of Sector 3 in Monguno repelled an ambush by the terrorists while conducting routine patrols along Gajiram general areas in the Gambari axis.

According to him, the troops killed four insurgents while many fled with gunshot wounds during the encounter. One soldier was injured in the attack.

“The items recovered are three AK47 rifles, 10 (7.62mm) special rounds, one 3HG, one magazine carrier, assorted drugs, and one hair comb, among other items,” said Mr Dole. “During his recent familiarisation and operational visits to sectors levels, the Force Commander of MNJTF, Maj.-Gen. Abdul-Khalifah Ibrahim, charged the troops to maintain the tempo and adopt an aggressive posture in dealing with insurgents to deny them freedom of action.”