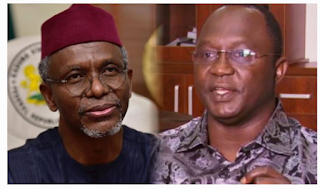 The Minister of Labour and Employment, Chris Ngige, has revealed why President Muhammadu Buhari’s regime waded into the conflict between Governor Nasir El-Rufai and the Nigeria Labour Congress (NLC), noting that Kaduna serves as a base for retired security heads of Nigeria.

Mr Ngige stated this on Wednesday as he received the interim report of the 10-man bipartite committee to resolve the dispute between the Kaduna government and NLC.

He recalled that there was no love lost between Mr El-Rufai’s government and NLC since the former sacked teachers in 2017.

“It is the same matter we are handling. It is crystallising. In that one, teachers without requisite qualifications were teaching children. We said no. We agreed on what should be done, and it was done,” Mr Ngige noted. ”I advised labour to tell their members to get the required qualification to ensure quality education, and it was done.”

In the current conflict, the minister stated that the issue was about redundancy.

“Just like President Buhari said, Kaduna is the home of retired generals, formers ministers, police chiefs, retired permanent secretaries, and who-is-who in old Northern Region, just like Enugu is for the old Eastern Region and Ibadan for the Western Region,” Mr Ngige explained. “The president said we should do everything to arrest the situation in Kaduna. It has not been easy for the permanent secretary and me.”