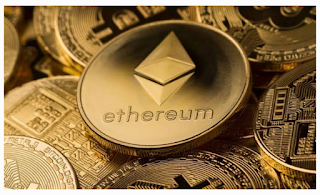 Ethereum has upgraded its London Hard Fork. The update includes a new mining model and reduced transaction fees as it marks six years since the software’s initial release.

Tim Beiko, the coordinator for the core Ethereum developers, was quoted by Bloomberg as saying, “User base fees now account for somewhere between 25 per cent to 75 per cent of the gas fees paid to miners.

“Once these coins are burned, Ether’s current supply increases of roughly 4 per cent a year will be reduced.”

The upgrade came ahead of Ethereum 2.0, which will consume less energy but mean less profit for miners. The London upgrade also makes user fees more predictable and reduces delays in processing most transactions.

Under EIP-1559, the process will be handled by an automated bidding system with a set fee amount that fluctuates based on how congested the network is.

EIP-1559 is the first set of updates ahead of Ethereum 2.0, which the developers hope to complete by early 2022. Ethereum 2.0 will switch its network from a “proof-of-work” system to a “proof-of-stake” system. The proof of work system requires miners to use large amounts to verify transactions, but under the proof of stake system, users will put forward ether to gain the right to verify transactions.