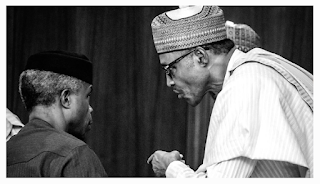 Amid grinding poverty and worsening insecurity, Vice President Yemi Osinbajo says God did not create Nigerians to be self-sufficient.

He explained that God “did not create us to be independent of him.”

The vice president added, “He did not endow us with the strength to succeed without him. The God of new beginnings did not create us to be self-sufficient. We need him.”

In a statement on Thursday, the vice president’s media aide Laolu Akande disclosed that Mr Osinbajo said this during the virtual 25th Annual Convention of the Redeemed Christian Church of God (RCCG) – The Americas.

Mr Osinbajo, a Redeemed pastor, cited the biblical story of Nathaniel, who doubted whether any good thing could come out of Nazareth.

“Today, many men are saying the same about our nation Nigeria, even men of God. But this is the textbook case of how God works. He is set to give Nigeria a new beginning,” claimed Mr Osinbajo. “In the midst of current travails, the God of new beginnings is about to change our story. He is about to do something new. Weeping may endure for a night, but joy comes in the morning.”

The convention also featured other guest speakers drawn from around the world.