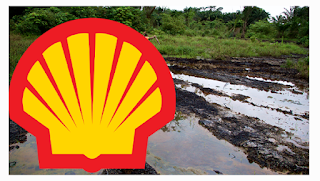 The Environmental Rights Action/Friends of the Earth Nigeria (ERA/FoEN) has accused Shell Petroleum Development Company (SPDC) of superficial remediation of spilt sites at the Ikarama community in Bayelsa.

While the rights group alleged improper cleanup and remediation of oil spilt sites by SPDC and the Nigerian Agip Oil Company (NAOC), SPDC denied any wrongdoing.

NAOC, however, declined to comment on the claim by the environmental advocacy organisation when contacted.

SPDC and NAOC operate oil fields at Ikarama, in Yenagoa Local Government Area of Bayelsa. ERA/FoEN made the allegations in a field report titled, ‘Shell’s Improper Clean-up and Remediation of Spill Sites Exposed’.

The group indicated that “crude oil was found at depths of one meter and above in the ground” at impacted sites the SPDC and NAOC claimed to have remediated. According to the report, signed by Alagoa Morris, the head of field operations at ERA/FoEN office in Yenagoa, and his assistant, Akpotu Ziworitin, the organisation visited Ikarama on August 20.

The environmental rights group explained that the visit followed information, including photos, it received from the community claiming it found crude oil in the ground in an area previously impacted by oil spills.

“On getting to the environment of interest, ERA/FoEN field monitors demanded that an entirely fresh spot be cleared and dug,” it stated. “It was eventually confirmed that crude oil was found in the dug area in the depth of more than one meter.”

The report added that the organisation’s field monitors had visited the particular site several times since 2007. The environmental rights group observed that “most of the oil spills have occurred within the immediate community environment close to residential buildings and farmlands.”

Reacting, SPDC’s spokesman Bamidele Odugbesan, who denied the allegations, said, “The SPDC uses primarily remediation by Enhanced Natural Attenuation (bioremediation) to clean up, a process believed to be the best for the soil and climate conditions of the hot and humid Niger Delta.”

He further explained that “our cleanup and remediation are done under the regulatory oversight of the National Oil Spill Detection and Response Agency (NOSDRA) and the Department of Petroleum Resources, and in line with a DPR-approved Remedial Action Plan (RAP).”

Mr Odugbesan insisted that Shell’s remediation practices “are aimed to be compliant with the Environmental Guidelines and Standards for the Petroleum Industry in Nigeria (EGASPIN).”