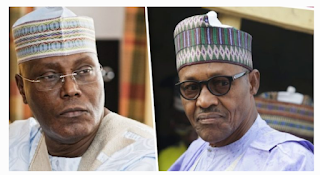 Mr Abubakar said several schemes were implemented by successive administrations since 1960 to safeguard Nigeria’s fragile fabrics, but Mr Buhari disregarded those bulwarks following his election in 2015, consequently exposing a nation of over 200 million to mutual hatred and suspicion along ethnic and religious lines.

“There were deliberate attempts made since the 1960s to forge a nation out of Nigeria: states creation, federal character, the NYSC, power rotation, unity schools, and multiple federal agencies,” Mr Abubakar said. “However imperfect, these were genuine attempts at giving each segment of the country a sense of belonging and a semblance of justice and equity and promote interactions among our peoples. “

“All it has taken is one administration in six short years to tear up the fabric of that unity and make more Nigerians lose faith in Nigeria and question the rationale for having one united country,” he added.

The opposition leader’s comments came when he chaired the launch of a new book by journalist Chido Onumah in Abuja on Thursday afternoon. ‘Remaking Nigeria: Sixty Years, Sixty Voices,’ was unveiled at the Shehu Musa Yar’Adua Centre, Abuja. The book collected critical voices from across the country to reflect on the country’s journey since Independence and suggest ways out of the country’s myriad crises.

The book came six years after Mr Onumah wrote ‘We Are All Biafrans’ to demonstrate a metaphor for the mutual disaffection and claims of marginalisation amongst Nigerians of all tribes and ideological persuasions.

While commending Mr Onumah for writing yet another book that dissects Nigeria’s prevailing circumstances, Mr Abubakar argued that both development and nation-building efforts can be set in motion simultaneously. The PDP leader cited United States, United Kingdom, Belgium, China and other Western and Asian countries as crucial examples of countries where development and nation-building goals are not mutually exclusive.

Mr Abubakar, who challenged but lost to Mr Buhari at the 2019 presidential polls, said Nigerians should learn from Mr Buhari’s divisive mindset and emulate ideals that promote unity and economic prosperity in order to leave a lasting legacy.

“One lesson there for all of us is the need to always be vigilant and be prepared to defend our democracy,” Mr Abubakar said. “For it is through the democratic process that we can more easily promote the unity of our country.”

Mr Buhari has faced allegations of concentrating government appointments in the hands of his ethnic Fulani Muslims while shutting out other Nigerians because they were of different ethnic groups and religions.

Mr Buhari strongly denied the allegations, saying claims that he shut out people of other ethnic groups and religions in order to allow a cabal of his appointees and associates to run the country freely were all false and unfounded.

The president often pointed to his Vice-Vice President Yemi Osinbajo, a Pentecostal preacher, and several cabinet ministers who are of Christian faith to dispel charges of nepotism and bigotry. But his defence was usually met with ridicule because the cabinet positions were mandated by the Constitution; while the security positions were filled at the president’s discretion.