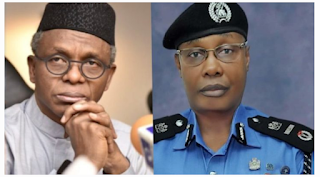 A spokesman for the police in Kaduna, Mohammed Jalige, in a statement on Monday in Kaduna, confirmed the arrival of the new police chief Abdullahi Mudassiru.

The new commissioner hails from Katsina and holds a BSc in Political Science from the Usman Danfodio University, Sokoto.

He was enlisted into the Nigeria Police Force as a cadet assistant superintendent of police on March 3, 1990, and trained at Police College Kaduna.

Mr Mudassiru has served in several commands and police formations in various capacities, including the officer in charge of the Abia command of the defunct anti-robbery squad.

He was a unit commander in the Police Mobile Force, a divisional police officer in Tudun Wada, Kaduna, and several other divisions.

At the strategic managerial cadre of the police, he was area commander in Wudil, Kano, Ijebu-Ode, Ogun, and Ahoda, Rivers, the statement added.